Brown dwarfs are celestial bodies smaller than the least massive stars but larger than the biggest planets. Backyard Worlds: Planet 9 is a NASA-funded citizen science project that uses data from NASA’s WISE space telescope to search for new neighbors to the Sun, especially brown dwarfs.

In 2020, Backyard Worlds citizen scientists helped discover a new class of bizarre brown dwarfs, referred to as ‘extreme T-type subdwarfs’. These unusual brown dwarfs are ancient members of the Milky Way Galaxy, and can provide unique insights about low mass star formation in the early Universe and the atmospheres of giant exoplanets orbiting old stars.

Now Backyard Worlds citizen scientists are back at it once again in a newly published scientific journal paper! Our volunteers have recently discovered three more brown dwarfs resembling the two previously known extreme T-type subdwarfs, a major step forward in understanding the properties of very cold, ancient brown dwarfs. The new discoveries were identified based on their peculiar colors and very fast motions across the sky. Seven citizen scientists are co-authors of the newly published study. 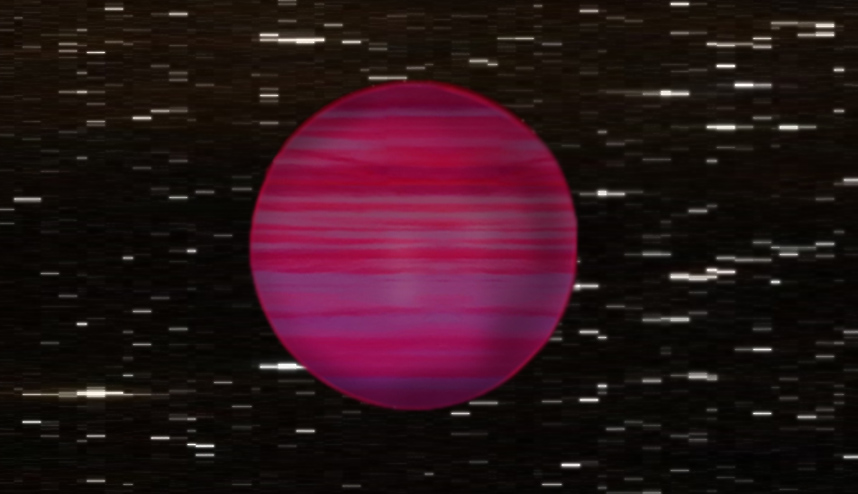 Thanks to NASA’s ongoing NEOWISE mission, there are still huge amounts of data yet to be explored within the Backyard Worlds web interface. Join in at backyardworlds.org!

Today, we published a new paper presenting Spitzer Space Telescope follow-up of nearly 100 of your discoveries. Combined with our previous papers, Backyard Worlds: Planet 9 has now published exactly 100 of our confirmed and candidate brown dwarfs!

Today’s major accomplishment is the culmination of many years of hard work that involved thousands of participants, numerous academic institutions, and the premier telescopes on Earth and in space. So I thought it’d be nice to try weaving these different plotlines together from my own point of view.

From my perspective, the story of this paper starts even before the plans for founding Backyard Worlds had been set in motion. Since 2015, much of my work has been dedicated to building DESI’s Legacy Surveys, an ambitious set of optical and infrared sky maps with trillions of pixels and billions of astronomical sources. For instance, the unWISE coadds used in our Zooniverse flipbooks (and in the popular WiseView image blinker!) were originally built thanks to the Legacy Surveys. But making huge catalogs of stars and galaxies isn’t the end goal — mining these data sets for rare cosmic treasures is where the fun really begins. And that’s what Backyard Worlds is all about.

In addition to poring over the unWISE coadds, it’s been awesome to have the opportunity to explore other Legacy Surveys data sets with enthusiastic Backyard Worlds participants. These archival data sets come from the Mayall 4-meter telescope at NOIRLab’s Kitt Peak National Observatory (in Arizona) and its ‘twin’, the Blanco 4-meter telescope at NOIRLab’s Cerro Tololo Inter-American Observatory (in Chile). Over the past five years, I spent nearly 40 nights observing with these telescopes to help accumulate the massive and sensitive Legacy Surveys data set. Roughly 1,000 nights of Legacy Surveys observing were performed in total, combining all team members’ efforts together.

So after all of that work, it’s been great to see the many ways that the Legacy Surveys have helped enable some of the most epic Backyard Worlds discoveries. One primary tool that Backyard Worlds uses for exploring Legacy Surveys data is the legacysurvey sky viewer, built by Dustin Lang. Sometimes billed as an ‘expansion pack’ for touring the Universe, this viewer enables convenient, interactive browsing of enormous sky maps. Much like WiseView, it’s become hard for me to imagine doing astronomy research without the legacysurvey viewer. Within Backyard Worlds, we primarily use this viewer to check by eye for faint visible light counterparts to possible brown dwarf discoveries. The absence of a strong counterpart at visible wavelengths is a big hint of an extremely cold object — exactly the kind of cool targets we want to investigate as potential nearby Y dwarfs with Spitzer.

NOIRLab’s Astro Data Lab is another super valuable discovery tool used by Backyard Worlds participants. Data Lab is currently the only astronomical archive hosting the unWISE Catalog, which contains more than 2 billion unique objects and is the deepest ever mid-infrared source catalog. Some of the most intriguing discoveries in today’s Spitzer follow-up paper were found by Backyard Worlds citizen scientists mining the unWISE Catalog via Data Lab. Huge thanks to the Data Lab team members who generously helped make these discoveries possible! One such example is WISEU 0019-0943 (discovered by Sam Goodman using Data Lab), a possible late T dwarf companion to the M dwarf LP 704-85. The WISEU name means that the object was first detected with unWISE Catalog — to my knowledge, today’s Backyard Worlds sample contains the first ever brown dwarfs assigned WISEU designations!

Our new Backyard Worlds paper credits 20 citizen scientists as co-authors! These citizen scientist co-authors hail from 10 countries on 5 continents. In addition to all of the citizen scientists who contributed to our brown dwarf search, many telescopes provided critical follow-up data. The unifying theme of this paper’s sample is mid-infrared Spitzer imaging. Spitzer provides crucial temperature estimates for our ultra-cold discoveries, allowing us to pinpoint elusive nearby Y dwarfs among more easily detectable and distant T dwarfs. Jackie Faherty led both of our Backyard Worlds Spitzer follow-up programs, which included “Director’s Discretionary Time” during Spitzer’s final months before retirement. Davy Kirkpatrick processed all of the Spitzer images. It’s especially exciting to think about how, through Backyard Worlds, members of the public pointed NASA’s infrared Great Observatory toward new touchstone discoveries in the solar neighborhood.

Ground-based follow-up also played a key role in characterizing and confirming the ~100 discoveries published today. Professor Adam Burgasser and his group at University of California San Diego obtained spectroscopic confirmations using the NIRES spectrograph on the 10-meter Keck II telescope at Maunakea. These NIRES spectra include one of the paper’s “featured” discoveries, WISEU 0055+5947, a T8 brown dwarf separated from its white dwarf primary by about 400 astronomical units. This is only the fourth such system known. Thanks to Jonathan Gagné and Étienne Artigau, the CPAPIR imager at Mont Mégantic Observatory in Québec, Canada provided deep follow-up near-infrared imaging for numerous members of our sample. Many additional spectroscopic confirmations were obtained with the FIRE instrument at the 6.5-meter Magellan Baade telescope at Las Campanas Observatory in Chile, through follow-up led by Adam Schneider and Jackie. This paper was a team effort all around!

Doubling the number of known Y dwarfs is a major step forward in completing our census of the Sun’s closest neighbors, and will allow our team to make the best ever estimates of the substellar mass function — how many brown dwarfs a few times more massive than Jupiter are floating around interstellar space nearby the Sun? The five Backyard Worlds discoveries with Y dwarf Spitzer colors add considerably to the very small sample of known brown dwarfs with temperatures below 400 Kelvin (for comparison, Earth’s temperature is about 290 Kelvin). These Backyard Worlds Y dwarfs will likely receive serious consideration as targets for NASA’s upcoming James Webb Space Telescope (JWST), since they provide excellent opportunities to learn about giant exoplanet atmospheres without the glare of a much brighter primary star getting in the way.

Although today’s paper contains by far the largest ever published sample of brown dwarfs discovered by citizen scientists (by a factor of about 20), the full set of Backyard Worlds brown dwarf discoveries is even bigger: nearly 1,700 objects as of this writing. Stay tuned for additional Backyard Worlds papers presenting more of this full sample!

We’re sure that there are still tons more solar neighborhood discoveries waiting to be made in vast archival data sets like WISE and Legacy Surveys. We hope you’ll visit backyardworlds.org and help us to continue uncovering more residents of the Sun’s cosmic backyard!